Three TNCS students have a remarkable achievement to celebrate.

The documentary film, “The Lewis Hine Project” that was created by juniors Madelyn Berry, Natasha Nichols, and Alex Phillips came in second at the Virginia State History Day competition on April 24th. Several hundred students competed at State — coming in second in their category is a huge achievement.

Madelyn, Natasha, and Alex will be presenting their documentary at Nationals, where they will compete with students from all 50 states as well as students from international schools in other countries. Lewis Hine was a leading crusader in the efforts to outlaw child labor a century ago. His photographs depicted the horrors of child labor in factories, fields, and mines. 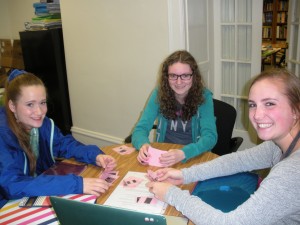