As an undergraduate at State University of New York at Albany, Sheila studied English and Computer Science and received a BA in English. In 2011, she completed a M.Ed. in Special Education, General Education at Virginia Commonwealth University. When Sheila was younger, she worked as a computer programmer/analyst for multiple banks including Wachovia, which is now Wells Fargo. When looking to career switch, she stumbled into special education in 2008 when an opening at her children’s elementary school became available. Sheila fell in love with assisting students with learning challenges. After receiving a master’s degree in 2011, she worked in various positions teaching younger children with learning disabilities in math and reading. Most recently, she taught at Atlee High School in collaborative English 10/11. She has a wonderful husband, four children, and two Bichon Frise dogs. Sheila enjoys cooking with family and friends, sitting by the water (beach, lake, or ocean), kayaking, crafting, and most especially reading. 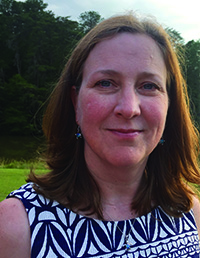